AHA News: Heart Attack at 33? No Way, She Thought

THURSDAY, June 11, 2020 (American Heart Association News) — Breanna Alosi and her family were taking it easy on a Sunday afternoon when the 33-year-old mother felt a pain in her upper back. She wondered if she’d moved wrong while lifting her 8-month-old son, Hunter. Her husband told her to go lie down, so she took her 3-year-old daughter, Makenna, for a nap.

Breanna couldn’t help looking up her symptoms on her phone. Heart attack popped up. No way, she thought, a pit growing in her stomach as she searched for a different answer. In disbelief she told her husband, Jason.

“It says I’m having a heart attack,” Breanna said. “I think maybe I should go to the hospital.”

Instead of calling 911, she phoned her mother, Laura Ingwersen, who rushed Breanna to the hospital while Jason stayed home with the kids.

Breanna looked pale, complained of being lightheaded and dizzy, and wanted to fall asleep. She also kept repeating that something was pinching her as she moved her arm.

At the emergency room, a nurse performed an electrocardiogram, left the room, came back and repeated the test. “Code cardiac” blared out of the hospital’s sound system.

“That’s not for me, is it?” Breanna asked her mom.

But it was. Breanna was having a heart attack. She cried as she was rushed to the cardiac catheterization lab.

“You better not let anything happen to me because I have two babies at home, and they need their mom,” Breanna told the doctor.

During the procedure, the doctor deployed two stents in Breanna’s left anterior descending coronary artery in an attempt to resolve an especially lethal type of blockage.

But Breanna wasn’t out of the woods.

A few hours later, she began having chest pains, prompting what she recalls as “the most scary, painful night of my life.”

She returned to the cath lab, and a second doctor deployed three more stents in the same artery.

The SCAD diagnosis was only a guess at the time, but it was confirmed several months later, when Breanna was examined at the Mayo Clinic in Rochester, Minnesota.

She was steered there by an informal network of SCAD survivors – “SCAD sisters,” they call themselves – that Breanna found online. The Mayo Clinic doctors also discovered she has an underlying condition called fibromuscular dysplasia, or FMD. Recent studies show many SCAD patients have FMD, which causes abnormal cell growth in the arteries that can in turn cause narrowing, beading or tearing in the artery walls.

Researchers aren’t sure what causes SCAD, but patients often are women who are otherwise healthy, with few or no risk factors for heart disease. Some studies have pointed to a hormonal link, showing a greater incidence among postpartum women and women having or close to a menstrual cycle.

“My goal at this time is to spread awareness of SCAD through sharing my story,” Breanna said.

Breanna left the hospital in 2018 in heart failure but improved with three months of cardiac rehabilitation. Now she can walk 4 miles a day and has started to run. She takes blood pressure medicine, a blood thinner and a baby aspirin and keeps an eye on stressors in her life. She cancels plans and meetings when necessary.

“I say ‘no’ to a lot of things,” she said. “You know the term FOMO – fear of missing out? Mine is JOMO, the joy of missing out. Because you can’t do it all.” 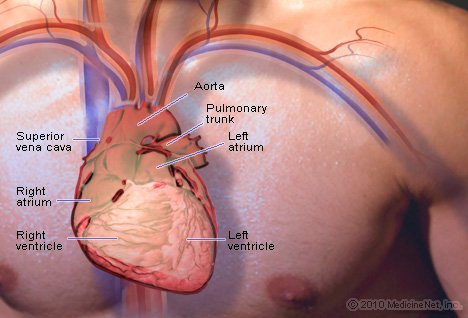