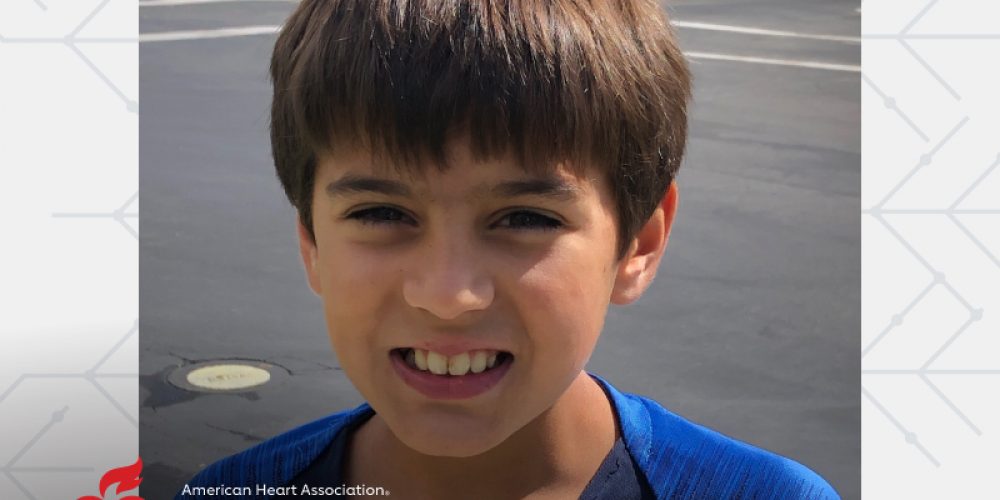 In May 2016, Angela Grinstead Ahmad took her 6-year-old son, Alec Ahmad, for a routine checkup.

After hearing Alec’s heart make a troubling sound, the pediatrician said they needed to see a cardiologist. At first, Angela wasn’t overly concerned. Alec had a slight heart murmur as a baby, but no complications since.

A week later, an echocardiogram showed the right side of Alec’s heart was enlarged. The cardiologist ordered an MRI without suggesting what could be wrong. Angela scrambled to find a hospital that could do one soon. The earliest she could find was three weeks out and in Los Angeles, an hour from their home in Irvine, California.

The family sidelined Alec from club soccer and other physical activities. It was tough for an energetic boy eager to keep up with his two brothers. Finally, the results came back.

“The first line said scimitar syndrome,” she said. “It seemed so obscure.”

Scimitar syndrome is a congenital heart defect in which one of the veins carrying oxygenated blood from the lungs connects into the wrong heart chamber, causing the blood to flow back to the lungs rather than circulating through the body. The name comes from its resemblance to the curved sword known as a scimitar.

The cardiologist said Alec would require open-heart surgery. While they didn’t have to act right away, the longer they waited, the more his heart would enlarge, increasing the risk of other complications.

Within weeks, Alec was scheduled for two procedures.

The first was a non-invasive way of blocking some of the erroneous blood flow. A few weeks later, in September 2016, he had open-heart surgery. Doctors disconnected the pulmonary vein from the wrong spot, then inserted it into the correct spot.

Angela said she tried to stay positive after learning the procedure had a high success rate.

“Saying goodbye as they wheeled him away was the hardest part,” she said.

Alec spent two days in the cardiac intensive care unit, then was released home to recover.

“Within 10 days, he was outside watching his brothers play and wanting to play himself,” Angela said.

Alec returned to school a month later. As he continued to recover, he had to sit out during recess and PE class.

By January 2017, he was able to return to club soccer with no limitations. In fact, he found an improvement.

“I didn’t get tired or out of breath as quickly,” said Alec, now 10, adding that while surgery was scary, “I feel a lot better and am a great athlete now.”

The Ahmad family participated in the American Heart Association’s Orange County Heart & Stroke Walk in March 2017, wearing “Team Alec” shirts and hats. Angela joined the local board in 2017 and recently completed her first year as board chair.

Congenital heart defects affect nearly 1% of U.S. births each year, and of those about 1 in 4 require surgery within the first year of life.

“We feel really fortunate that Alec’s pediatrician caught it,” Angela said. “We met so many people whose child collapsed because they didn’t catch it, or they needed multiple surgeries because the heart was enlarged for a longer time.”

“Every dollar matters,” Kamran said. “The success of Alec’s surgery is the result of cumulative research and clinical trials. Without investment in those, we wouldn’t have this outcome.”