TUESDAY, May 19, 2020 (HealthDay News) — A study testing umbilical cord blood as an autism treatment has found hints of potential benefits for some kids — but the researchers say much more work is needed to get firmer answers.

The study, of 180 children, found that a single infusion of cord blood did not improve social or communication skills across the group as a whole. But there were positive signs in the subgroup of kids who did not have intellectual impairments: Their communication skills improved, on average, over the next six months.

The findings, published May 19 in the Journal of Pediatrics, do not support using cord blood outside of a clinical trial, the researchers stressed.

The principle behind the treatment is based partly on lab research suggesting that certain cells in umbilical cord blood — called monocytes — can temper a type of brain inflammation seen in people with autism.

It is not clear that inflammation is a cause of autism symptoms. But there is “pretty strong evidence” of a relationship with social communication problems that mark the disorder, according to Kurtzberg.

Previous small studies have found no adverse side effects from giving children with autism an infusion of either their own cord blood (collected at birth), or a donation from a cord blood bank.

But whether it has any effects is another matter — and a difficult one to study, Kurtzberg said.

A basic issue is that autism cases are complex and diverse, varying widely from one child to the next.

Some children have milder problems with socializing and communicating, while others are profoundly affected — speaking little, if at all, and getting wrapped up in repetitive, obsessive behaviors. Some children with autism have intellectual disabilities, while others have average or above-average IQs.

In the latest trial, the majority of the children had some degree of intellectual disability — a larger number than the researchers had anticipated enrolling. It also turned out to have a large placebo effect, Kurtzberg said: That is, parents of children who actually received a placebo instead of cord blood still frequently reported improvements in their kids’ behavior.

The researchers also studied a wide age range, from 2 to 7 years. And with young children, Kurtzberg said, it’s difficult to know whether any progress in social or communication skills is due to a therapy or to natural development.

“In the younger children, there was a huge placebo effect,” she said.

The Duke researchers have begun another study involving only kids aged 4 to 8. That, however, has a downside, since it’s generally believed that the earlier an intervention can be done for autism, the better, Kurtzberg said.

He commended the researchers for stating what their findings do not prove.

That latter finding, he added, “would definitely need to be replicated in a very well-controlled follow-up study.”

The trial involved 180 children with autism who were randomly assigned to one of three groups: 56 received an infusion of their own cord blood, 63 an infusion from a genetically matched donor, and 61 received a placebo infusion.

Overall, 12 children had an allergic reaction to the infusion; in four, it was severe, with symptoms like breathing difficulty and facial swelling.

As for benefits from the treatment, there were no clear effects overall. But when the researchers focused on kids without intellectual disabilities, they saw that those who’d received cord blood showed improvement in communication skills, on average.

However, the results are based on a small number of children. Going forward, Adesman said, it could be helpful to have a study involving multiple research centers, and a larger group of kids without intellectual disability. 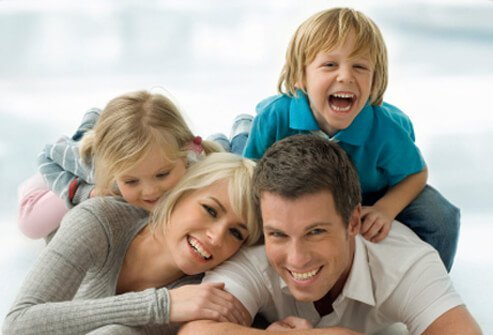 Parenting: Learn to Be a Better Parent See Slideshow