Heading to Work on a Bike? You Might Live Longer 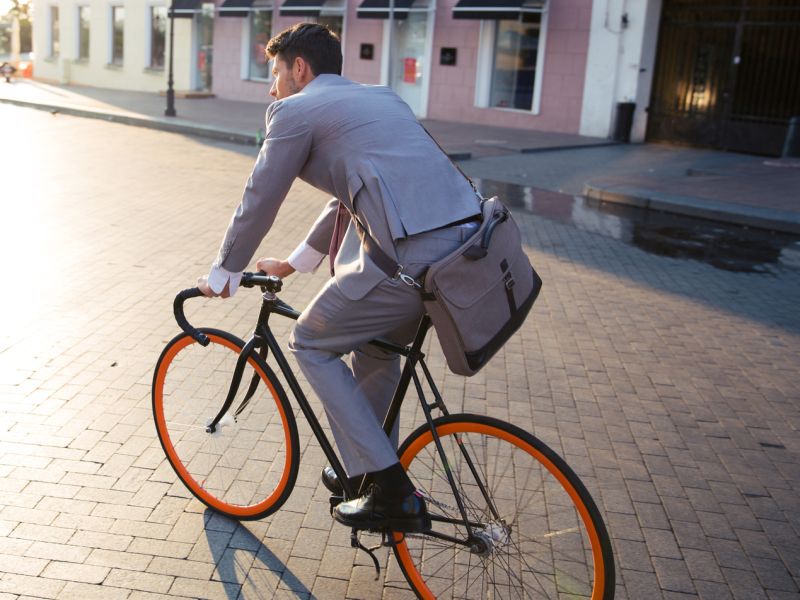 Why? People who commute by bicycle are at lower risk of dying early, a new study from New Zealand finds.

For the study, Shaw and her team analyzed data from 3.5 million New Zealanders.

“We studied 80% of the working-age population of New Zealand over a 15-year period, so it is highly representative,” Shaw said in a University of Otago news release.

Only 3% of those studied cycled to work. In comparison, over 80% of people in New Zealand traveled to work by car.

“There were gender differences in mode of travel to work, with 2% of women cycling compared with 4% of men, but more women walking or jogging (7%) compared with men (5%),” Shaw said. “A higher proportion of younger people cycled, walked or took public transport compared with older people.”

Details about the physical intensity of the commute were not recorded. Also, the study only found an association and could not prove a cause-and-effect relationship.

“We saw no increase in road traffic injury deaths associated with walking and cycling, although the New Zealand transport system at the time of these studies was heavily car-dominated and roads seldom made allowances for pedestrians and cyclists,” Shaw noted.

She said the findings, published recently in the International Journal of Epidemiology, suggest a need for active commuting initiatives.

“Increasing cycling for commuting to work in a country with low levels of cycling like New Zealand will require policies directed at both transport and urban planning, such as increasing housing density and implementing cycling networks,” Shaw said.