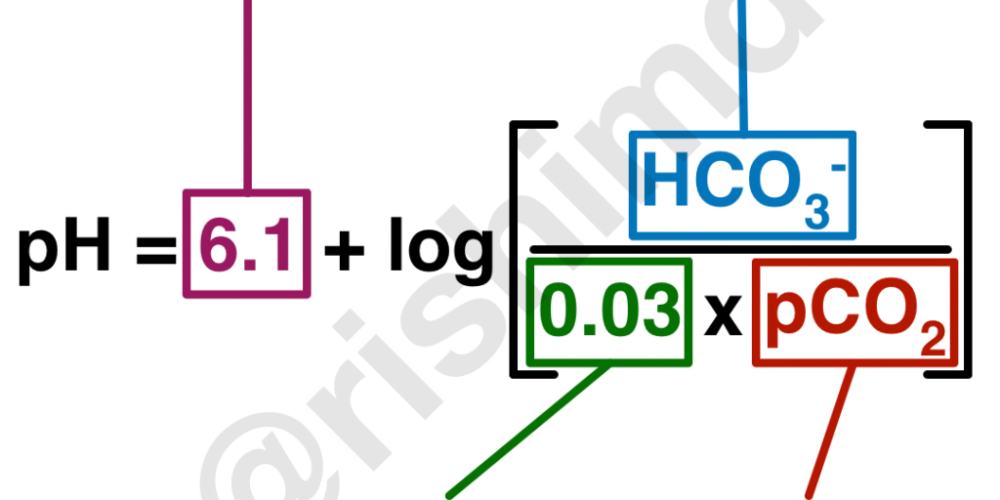 Based on the equation, as the bicarbonate concentration increases, so does the pH (more basic/alkaline), and as the pCO2 increases, the pH will decrease (more acidotic). This relationship is rooted in the carbonic anhydrase equilibrium: [H2O] + [CO2] ⇆ [H2CO3] ⇆ [HCO3-] + [H+]. In the equation, ‘6.1’ represents the dissociation constant of carbonic acid and ‘0.03’ the solubility constant of carbon dioxide. Plug in the “normal” values of 24 mmol/L and 40 mmHg for HCO3- and pCO2, respectively, and you’ll arrive at the “normal” pH of 7.4.