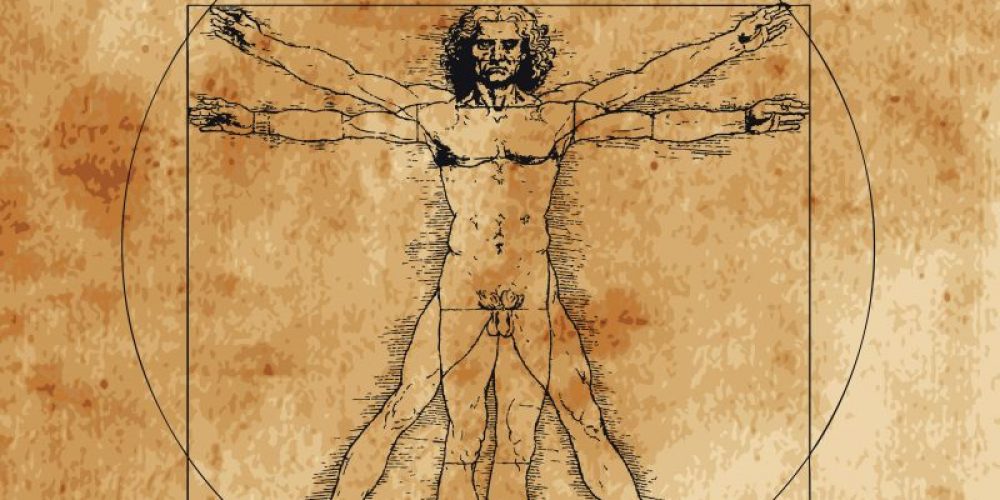 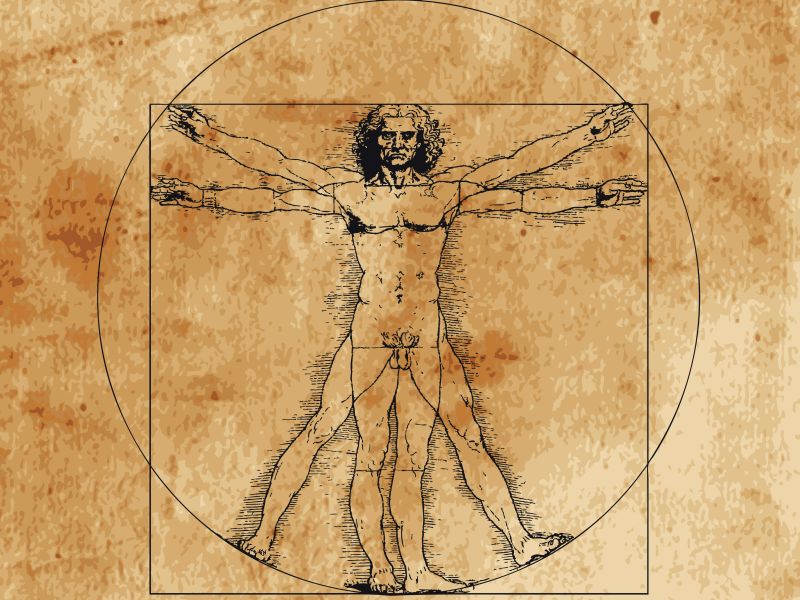 The drawing was inspired by even earlier pondering on the perfect human form by first-century A.D. Roman architect Vitruvius.

“Despite the different samples and methods of calculation, Leonardo da Vinci’s ideal human body and the proportions obtained with contemporary measurements were similar,” reported a team led by Diana Thomas, a mathematician at the U.S. Military Academy in West Point, N.Y.

“Vitruvian Man” is an iconic drawing by Leonardo from 1490 in which an adult male stands, legs together and then apart, inside a circle and square whose borders end at his head, outstretched hands and feet. It’s meant to depict the ideal adult male body.

But how close did Leonardo get to reality? To find out, Thomas and her colleagues had thousands of highly fit U.S. Air Force training recruits, ages 17 to 21, undergo high-tech 3D body scanning to determine average measurements.

For good measure, a separate sample of almost 1,400 female recruits were also scanned — the artist did not produce a “Vitruvian Woman,” however.

That means that when placed inside the perfect circle and squares created by Leonardo, today’s “ideal” man’s fingers and toes slightly exceed those boundaries.

Also, “Leonardo da Vinci’s notes and conclusions did not distinguish whether his insights were derived from a single individual or were aggregated,” the researchers said. It’s not even clear what reference measurement points on the male body Leonardo was working with.

Still, despite all this, “close agreement” was still found in the images created 500 years ago by one man, and those created in 2020 by a much more complex scientific analysis, Thomas and her colleagues said.

The study was published June 9 in the Journal of the American Medical Association.

Testosterone is a chemical found only in men. See Answer