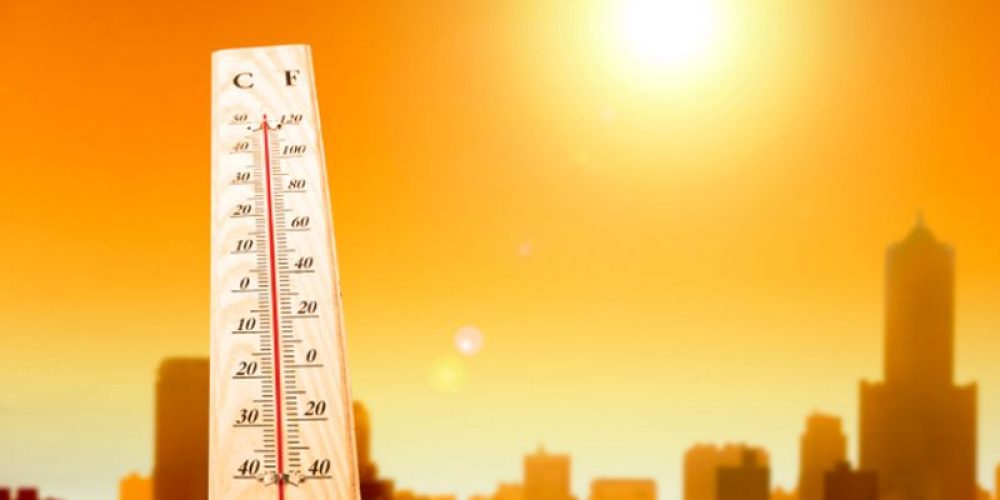 FRIDAY, May 8, 2020 (HealthDay News) — Researchers have predicted that if climate change goes unabated, the planet will experience intolerable heat in several decades. But a new study has found that in certain global hot spots, it’s already happening.

In recent years, certain regions — including the Persian Gulf, Indian subcontinent and some Mexican locales — have recorded off-the-charts combinations of heat and humidity, the researchers said.

And for brief periods, some cities have reached the upper limit of human tolerance.

“Those conditions are closer than we’ve thought,” said lead researcher Colin Raymond, who worked on the study as a doctoral student at Columbia University’s Lamont-Doherty Earth Observatory, in New York.

In numerous instances, the study found, local conditions have approached or hit a “wet bulb” temperature of 35 degrees Celsius.

That’s a measure of heat and humidity similar to what local weather reports call “heat index.” The 35-degree C mark would translate into a heat index of 160 degrees Fahrenheit.

That’s believed to be the upper limit of what humans can stand. Already, cities in the Persian Gulf have reached that threshold for 14 brief periods, the study found.

“People can acclimate to heat and humidity to a point — we all do,” Raymond said. “But there is a point where it’s like sitting in a steam room, and we just can’t cool ourselves through sweating. It doesn’t matter how healthy you are.”

With the body’s natural cooling mechanism impaired, people exposed to such extremes could succumb to heatstroke or even organ failure, he said.

And, Raymond noted, fatal health effects can be seen with prolonged exposure to less-oppressive temperatures. As an example, he pointed to the deadly heat wave that struck Europe in 2003. Lack of air conditioning in places not accustomed to such heat was one factor in the human toll.

The new findings are another sign that “we already have many people living way above the level of risk,” said Dr. Mona Sarfaty, head of the Program on Climate and Health at George Mason University in Fairfax, Va.

“And even these very extreme heat conditions are being seen now,” she said.

Sarfaty is executive director of the Medical Society Consortium on Climate and Health, a group of medical organizations that has highlighted the broad range of health effects related to climate change.

Extreme heat can directly cause deaths through heatstroke, but also in less obvious ways, according to Sarfaty.

For one, she said, it contributes to air pollution, which can be dangerous to people with heart and lung conditions. Rising heat and humidity can also increase rates of insect-borne infections, like Lyme disease and Zika. And as sea levels rise, and downpours and flooding become more common, tainted food and water supplies can lead to illness.

For their study, Raymond’s team analyzed hourly data from nearly 7,900 individual weather stations around the world. That let them pick up on shorter-lived changes in heat and humidity in relatively small, local areas.

Past studies have looked at broader patterns across multiple weather stations, Raymond said.

His team saw that between 1979 and 2017, there were about 1,000 readings of 31 degrees C (heat index of 132 F), and roughly 80 instances when heat and humidity hit 33 C. Those are levels previously thought to be rare- to non-existent — and literally off-the-charts, the researchers said, since the heat index stops at 127 F.

The world has also gotten steamier over time. Since 1979, the study found, readings near or over 30 C have doubled.

The findings were published online May 8 in the journal Science Advances.

While the Persian Gulf saw the most dangerous heat, extremes were also recorded in India, Bangladesh, Pakistan, northwestern Australia and parts of Mexico. In the United States, levels around 30 C were seen near the Gulf Coast, in east Texas, Louisiana, Mississippi, Alabama and the Florida Panhandle.

In many of the world’s hottest spots, Raymond noted, people not only lack access to air conditioning, but commonly work outdoors.

“We need to be putting a lot of serious thought into how to increase access to artificial cooling,” he said.

And then there’s addressing the root issue. Moving from fossil fuels to cleaner energy sources, Sarfaty said, would slow down the planet’s warming.

“It would also give us cleaner air and water,” she added, “since we’d be sending fewer of these dangerous substances into the air.”