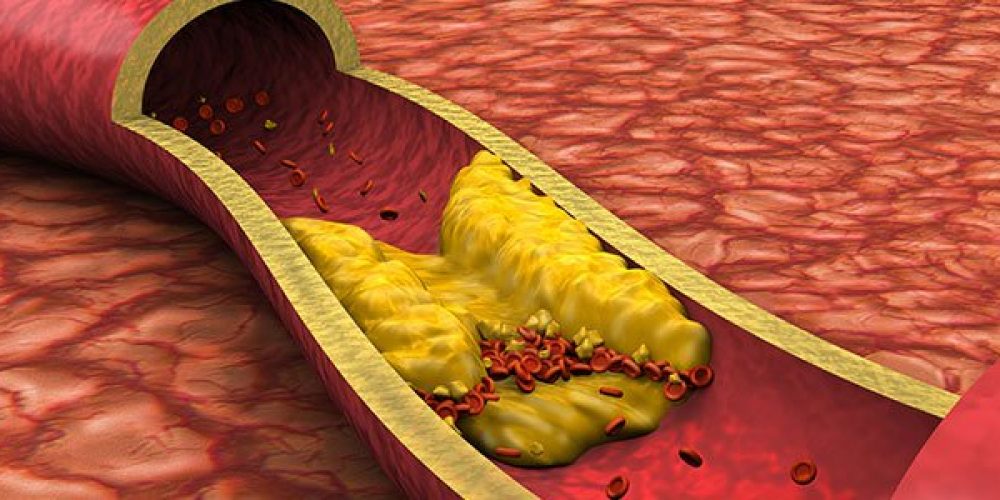 What are statins, and how do they work?

Cholesterol is critical to the normal function of every cell in the body. However, it also contributes to the development of atherosclerosis, a condition in which cholesterol-containing plaques form within arteries. These plaques block the arteries and reduce the flow of blood to the tissues the arteries supply. When plaques rupture, a blood clot forms on the plaque, thereby further blocking the artery and reducing the flow of blood. When blood flow is reduced sufficiently in the arteries that supply blood to the heart, the result is angina (chest pain) or a heart attack. If reduced flow is caused by plaques in the arteries of the brain, the result is a stroke. If reduced flow is caused by plaques in the arteries of the leg, they cause intermittent claudication (pain in the legs while walking). By reducing the production of cholesterol, statins are able to slow the formation of new plaques and occasionally can reduce the size of plaques that already exist. In addition, through mechanisms that are not well understood, statins may also stabilize plaques and make them less prone to rupturing and develop clots.

What are some examples of statins?

Statins that are approved for use in the U.S. include:

For what conditions are statins used?

Statins are used for preventing and treating atherosclerosis that causes chest pain, heart attacks, strokes, and intermittent claudication in individuals who have or are at risk for atherosclerosis.

Risk factors for atherosclerosis include:

Because it is not clear which effect of statins is responsible for their benefits, the goal of treatment with statins should not be only the reduction of cholesterol to normal levels, but rather the prevention of the complications of atherosclerosis (angina, heart attacks, stroke, intermittent claudication, and death). This concept is important because it allows for individuals who have or are at risk for atherosclerosis, but do not have high levels of cholesterol to be considered for treatment with statins. Statins, like angiotensin converting enzyme inhibitors (ACE inhibitors), are an important class of drugs because they have been shown to reduce the incidence of heart attacks, strokes, and death.

What are the side effects of statins?

The most common side effects are:

The most serious side effects are liver failure and rhabdomyolysis (injury or death of muscle tissue). Serious liver damage caused by statins is rare. More often, statins cause abnormalities of liver tests. Abnormal tests usually return to normal even if a statin is continued, but if the abnormal test value is greater than three times the upper limit of normal, the statin usually is stopped. Liver tests should be measured before statins are started and if there is a medical concern about liver damage thereafter.

Rhabdomyolysis is a rare serious side effect which involves damage to muscles. Rhabdomyolysis often begins as muscle pain and can progress to loss of muscle cells, kidney failure, and death. It occurs more often when statins are used in combination with other drugs that themselves cause rhabdomyolysis or with drugs that prevent the elimination of statins and raise the levels of statins in the blood. Since rhabdomyolysis may be fatal, unexplained joint or muscle pain that occurs while taking statins should be brought to the attention of a health care professional for evaluation. Statins must not be used during pregnancy because of the risk of serious adverse effects to the developing fetus.

Statins have been associated with increases in HbA1c and fasting serum glucose levels that are seen in diabetes.

There are also post-marketing reports of memory loss, forgetfulness, amnesia, confusion, and memory impairment. Symptoms may start one day to years after starting treatment and resolve within a median of three weeks after stopping the statin.

Which drugs interact with statins?

Statins have some important drug interactions. The first type of interaction involves the enzymes responsible for the elimination of statins by the liver. Liver enzymes (specifically, the cytochrome P-450 liver enzymes) are responsible for eliminating all statins from the body with the exception of pravastatin and rosuvastatin. Therefore, drugs that block the action of these liver enzymes increase the levels of simvastatin, lovastatin, fluvastatin, and atorvastatin (but not pravastatin or rosuvastatin) in the blood and can lead to the development of rhabdomyolysis. Drugs or agents that block these enzymes include:

Lovastatin and simvastatin should not be combined with the following drugs:

Another important drug interaction occurs between statins and niacin and fibric acids, for example, gemfibrozil (Lopid), clofibrate (Atromid-S), and fenofibrate (Tricor). Niacin and the fibric acid drugs (lipid-lowering agents) can cause rhabdomyolysis or liver failure when used alone, and combining them with statins increases the likelihood of rhabdomyolysis or liver failure. Gemfibrozil should not be combined with statins. Other fibric acids and niacin are used, with caution, in combination with statins.

Stains increase the effect of warfarin (Coumadin). Patients taking statins and warfarin should have their blood clotting ability monitored carefully.

Statins should not be combined with red yeast rice because red yeast rice contains a chemical that is similar to statins. Combining red yeast rice with statins can lead to serious side effects such as muscle breakdown (myopathy).

Are there differences among statins?

Statins differ in several ways. The most obvious difference is in their ability to reduce cholesterol. Currently, atorvastatin (Lipitor) and rosuvastatin (Crestor) are the most potent, and fluvastatin (Lescol) is the least potent.

The statins also differ in how strongly they interact with other drugs. Specifically, pravastatin (Pravachol) and rosuvastatin (Crestor) levels in the body are less likely to be elevated by other drugs that may be taken at the same time as the statins. This is so because the enzymes in the liver that eliminate pravastatin and rosuvastatin are not blocked by many of the drugs that block the enzymes that eliminate other statins. This prevents the levels of pravastatin and rosuvastatin from rising and leading to increased toxicity such as myopathy (inflammation of the muscles). For example, in scientific studies, patients who took both verapamil (Calan, Verelan, Verelan PM, Isoptin, Isoptin SR, Covera-HS) and simvastatin (Zocor) experienced myopathy 10 times more often than patients who received simvastatin alone because verapamil increased the blood levels of simvastatin.

Statins differ in the frequency with which they cause a severe type of myopathy called rhabdomyolysis, in which muscles are severely damaged. Cerivastatin (Baycol) was withdrawn from pharmacies worldwide because it caused rhabdomyolysis 10 to 100 times more often than other statins. Rhabdomyolysis may occur more often in patients taking statins with drugs that also cause rhabdomyolysis or drugs that increase the blood concentration of the statin.